so @asienne‘s been in a long hiatus…because family first and all that. it’s also important to practice what we preached in taking time to recharge to come back better.

thank you for your patience and for sticking around for more!

asienne is celebrating it’s one-year anniversary in july and changes are afoot.

back in 2018, we covered some big and heavy #trendingtopics such as MetroManilaPride2k18 + #MeToo tale from a Filipina actress and director’s personal story, to Golden Globe nominations and wins!!!

by the end of the year,  Miss Philippines won Miss Universe once more😱 additionally, there was a second season update on that never ending obsession with Killing Eve because at this point, who isn’t obsessed, am I right?

when asiennemagazine.com soft launched in july, we consistently published monthly issues at the end of the month with a total of about four to five online issues released in 2018 overall. 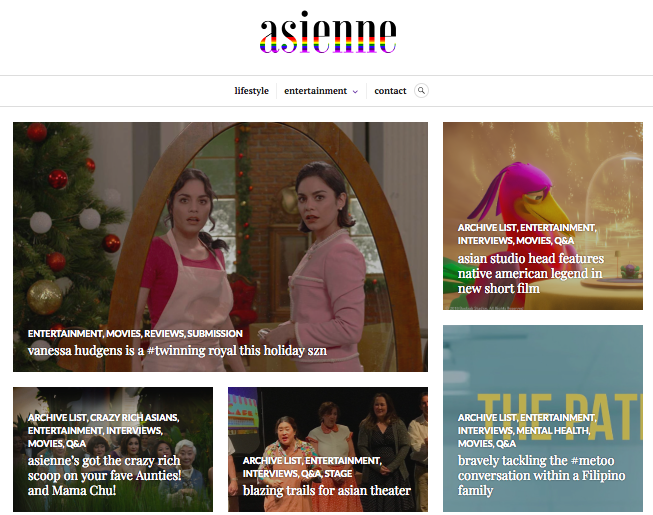 #AsianAugust which was divided into two to three issues because it boasted so much content (go AsianAms!) there’s these Crazy Rich interviews which definitely defined the whole month!🔥

in September, we got connected with Lady Gaga’s Born This Way Foundation and one #BeKind21 ambassador of Asian descent *squee*😄! by the end of that month, we covered Long Beach Comic Con in-person! (yay for press passes!!)

and by November: we were in New York with an AAJA Catalyst fellowship on behalf of asienne😲 (insane, ikr) !! THAT happened whew!

did we miss anything?

2 thoughts on “asienne: then and now”