Growing up, I benefited from my parents’ insane hustle to deliver take-out while earning a Ph.D. and post-doctorate at the same time. I was able to have more guidance with my schoolwork to succeed in AP classes and high school extracurriculars because my parents had professional jobs. I also had the luxury of time and being paid attention to with more than just my survival needs.

While I had peers from my weekly Chinese School who have similar experiences of after-school SATs and Kumon prep classes, I also had other classmates whose parents were constantly running the family-owned business establishment while working hours on end making their family time not as available as mine.

I was always acutely aware of these differences because my parents had done the same long shifts in their previous years before coming to the States. This was the reason I was sent back to Shanghai to be raised by my grandmother.

While I did experience the glitzy affluence Shanghai had to offer in childhood, I always remembered memories of my dad helping other new immigrants’ kids with their college application or homework and us getting Chinese take-out when my mom was too busy working to cook at home.

This always created for me the conundrum of being thrown into trying to fit as the token ‘honorary white adjacent’ into all the kids in my AP classes who were upper-class white frat culture families who went to Martha’s Vineyard every year. The flip side of this is that I was always being a ‘perpetual foreigner’ to that community as well as with the Asian-American community who weren’t as well-off as my family.

I would be left to laugh at myself to fit in as the punchline of the Halloween joke when my track team classmate dressed up as ‘an Asian person,’ while having not been invited to things my Asian-American friends went to because they asked me questions like: ‘Oh won’t you be hanging out you’re your white friends?’ To that, my parents would always tell me that’s because the Asian kids probably assumed that you thought you’re better than them when all I wanted to do was fit in with other kids, regardless of which racial circle I was intersecting with.

This awareness in class difference always brought on a lot of guilt on my conscience growing up and has evolved into a continual process in how I can act to give away my privilege in accountable ways that uplift others inequality.

The buzz that’s going around about how Crazy Rich Asians (CRA) does not represent all Asian narratives is valid. While I do feel represented, I cannot turn a blind eye and ignore that.

The discussion pools into how CRA is not a holistic representation, especially of the country Singapore with a diverse culture of Malay, Indian, Eurasian populations, reduced only to workers and servants in the film.

I can’t help but wonder–especially with the second installment underway–if the location was a metropolis city in China (like Shanghai where I spent my childhood) would people be as inquisitive to only Chinese representation on-screen?

Or would the producers only use all people of Han Chinese heritage as the workers and servants in the film? Would the critique still ensure that there was no South East Asian representation at all in such a diverse country like Singapore?

It wouldn’t be accurate representation either if there were only Chinese people, but if the use of representation hinges on the accurate working class majority, this also heavily discloses the problem in colorism in East Asian cultures.

In a way, CRA unconsciously asserted the societal privilege conflict in Asian culture-on the totem pole of skin tone and colonial colorism for the priorities of East Asian representation in America.

CRA hit a high precision in honing in on Chinese-American experience with a low accuracy of Singaporean representation. While my non-Singaporean friends who’ve been in Singapore say the movie depicted the city well, my other Singaporean local friends said No strongly. 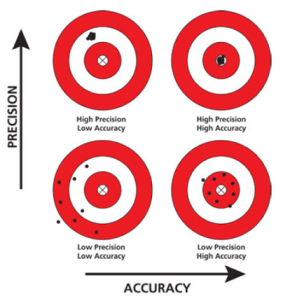 I thought this was also interesting in reflecting hints of the expatriate view vs local view of a city. Recognizing that privilege and owning the responsibilities that come with it to steward those advantages with accountability is a matter that is continuing to come to awareness these days for many East Asians, I myself included.

Crazy Rich Asians isn’t just the end all be all…

It isn’t just the beginning either. We’ve been here since Anna May Wong, but CRA is rather a platform to pioneer a spectrum and a variety of diverse voices being seen and heard on-screen.

CRA is not all inclusive but it is a forerunner in paving more ways for the freedom to tell more diverse and a variety of stories; CRA allows for more minority stories to be put on the spotlight so that they can be equally leveraged to the majority and not have to explain their life realities and experiences just like people in the majority don’t have to think twice about their cultural norms and are able to just be and do without an explanation.

Taking the time to dissect, recognize, and acknowledge the flaws in CRA does not excuse it, but shows the priorities and work to be done in the conversation here so that the Asian American community can come closer to terms with one another to balance the narrative spectrum and weighing in on equalities. 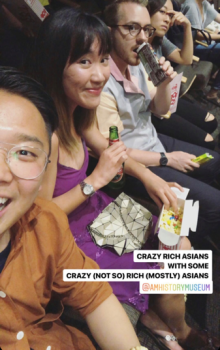 There is more work to be done to progress mutual understandings of humanity to take steps towards each other and not further away.

At the same time, this does not discount the amount of thought and effort put into this production–to be able to still revel and celebrate the broad stroke wins for positive re-appropriations of some Asian cultural norms that transcend class.

Whether on point of high precision or low accuracy, Crazy Rich Asians is a platform that’s unfolded for more freedoms in people of color to tell their stories.

CRA is here to pave the way of understanding, empathizing, and learning how to ask others when it’s their turn…and to help in giving away our privilege so another can have an equal voice.

Acknowledging the need for intersectional conversations and cultural immersion, instead of harboring shells of new caricature stereotypes is the more important take away from this production.

where do we continue now that the dialogues been sparked?

Margaret (Maggie) Wang is currently based in DC as a pharmacist and floral events designer.  She is a traveling sentimentalist and passionate about- culture, diversity, fashion, art, and advocating the Asian American platform.  Follow her adventures on instagram @margaretrenawang and design work here- www.margaretrenawang.com